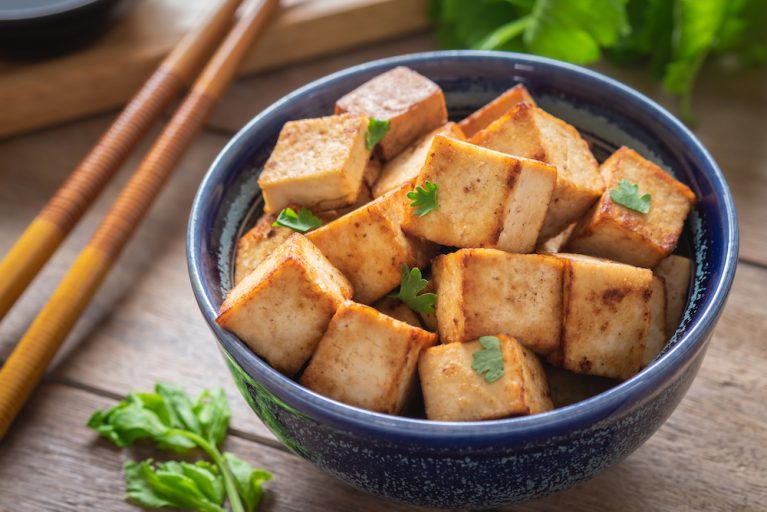 Soy foods have become controversial in recent years.  Many of our telemedicine patients ask for the truth about soy based food. It’s understandable, since so many health professionals have conflicting or even negative views on the effects of consuming soy products, exacerbated by a multitude of misinformation found on the Internet.

So are soy foods dangerous? Or can they be a key component to a healthy nutrition plan?

Keep reading, and what you read may surprise you.

However, most people don’t realize that there are two types of estrogen receptors in the body—alpha and beta. And, unlike actual estrogen, soy phytoestrogens “preferentially bind to and activate [estrogen receptor beta]. This distinction is important, because the 2 types of receptors, have very different tissue distributions…and often function differently, and sometimes in opposite ways.

This appears to be the case in the breast, where beta activation has an anti-estrogenic effect, inhibiting the potential growth-promoting effects of actual estrogen—this is something we’ve known for more than 12 years.

That being said, there are no excuses anymore,

The effects of estradiol, the primary human estrogen, on breast cells are completely opposite to those of soy phytoestrogens, which have antiproliferative effects ( that is they BLOCK the growth) on breast cancer cells, even at the low concentrations one gets in one’s bloodstream eating just a few servings of soy—which makes sense, given that after eating a cup of soybeans, the levels in our blood cause significant beta receptor activation, which again- have antiproliferative effects on breast cancer cells.

So, where did this outdated notion that soy could increase breast cancer risk come from? The concern was “based largely on research that showed that the main soy phytoestrogen] genistein stimulates the growth of mammary tumors in a specific type of mouse.

But, as it turns out, we’re not actually mice.

At just a few servings of soy a day, with the excess beta activation being primary and elevated, we would intuitively assume soy would actively help prevent breast cancer.

And, indeed, in some studies, soy intake during childhood, adolescence, and adult life were each associated with a decreased risk of breast cancer. Those women who ate the most soy in their youth appear to grow up to have less than half the risk.

But, it’s not just genetic, since when they [Japanese women], move here, their breast cancer rates go up generation after generation, as they assimilate into American culture.

So what’s the real truth about soy? Are the anti-estrogenic effects of soy foods enough to actually change the course of the disease? We didn’t know, until the first human study on soy food intake and breast cancer survival was published in 2009 in the Journal of the American Medical Association, suggesting that “among women with breast cancer, soy food consumption was significantly associated with decreased risk of death and [breast cancer] recurrence.”

Followed by another study, and then another, all with similar findings.

That was enough for the American Cancer Society, who brought together a wide range of cancer experts to offer nutrition guidelines for cancer survivors, to conclude that, if anything, soy foods should be beneficial.

Since then, two additional studies have been published, for a total of five, and they all point in the same direction. Five out of five, tracking more than 10,000 breast cancer patients. Pooling all the results, soy food intake after breast cancer diagnosis was associated with reduced mortality (meaning a longer lifespan) and reduced recurrence—so, less likely the cancer comes back.

So in my opinion… Pass the Edamame!